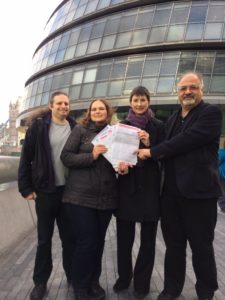 After hearing from Harrow residents about the appalling overcrowding — especially at peak times — on the H14 bus service, Harrow Liberal Democrats launched a petition calling on Transport for London (TfL) to bring in double-decker buses on the H14 route.

TfL are expected to make a decision in the near future.